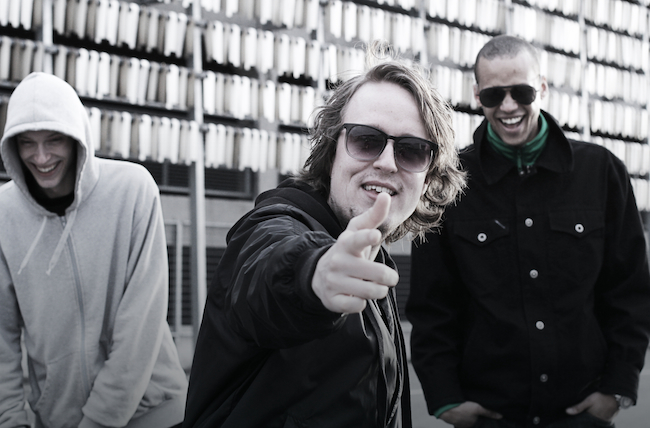 Following a string of mixtapes and spectacular live shows, the three rappers and a dj in Norwegian A-laget have built a large and loyal fan base and evolved from underground phenomenon to cult status. Last year saw their first official release with the EP ”D E D D GÅR I” to much praise. The language is all Norwegian, but the sound is influenced by both rainy days in Bergen and bass-heavy southern rap.